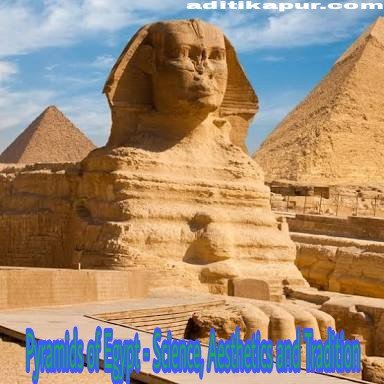 Egyptian pyramids have always caught my fancy. Gigantic structures standing majestically seem to tell a story we all want to know. There’s an air of mystery surrounding the pyramids that make them look fascinating. Though never been to Egypt, I’ve always been inquisitive about the epitome of perfection.

‘When, why and how’ were these pyramids built are the questions to be followed. Join me as I explore the probable answers.

1)When were the Pyramids Built

There was a time when Egypt was one of the richest and most powerful civilisations of the world. The construction of the Pyramids is supposed to be linked to the powerful people of the era. Pyramids were built from the beginning of Old Kingdom to the fourth century A.D. but the most important period of pyramid building is considered to be from the third dynasty to the sixth dynasty, 2325 B.C. After many years of construction, about 4500 years, the Pyramids are still magnificently erected to give a reflection of the golden era.

2) Why were the Pyramids Built

3) How were the Pyramids Built

This is the most difficult question to answer. Can you imagine thousands of Egyptian workers carving millions of stones each one weighing no less than 2-3 tonnes! Fetching those stones to Pyramid the site and hoisting them up one by one to place in an exact position to perfection. Impossible, isn’t it?

One thing is clear from the above discussion that the Pyramids were not constructed as we construct buildings today. The technology used was far more advanced and superior.

The Egyptians raised these huge structures without the knowledge of the wheel. We can’t imagine cutting big stones with primitive tools. One revolutionary hypothesis is that the Pyramid blocks were cast as concrete, instead of carved.
They used man-made stone that looked exactly like natural rocks. The limestone blocks were cast in situ, used an advanced technology which was lost with the extinction of the civilisation.